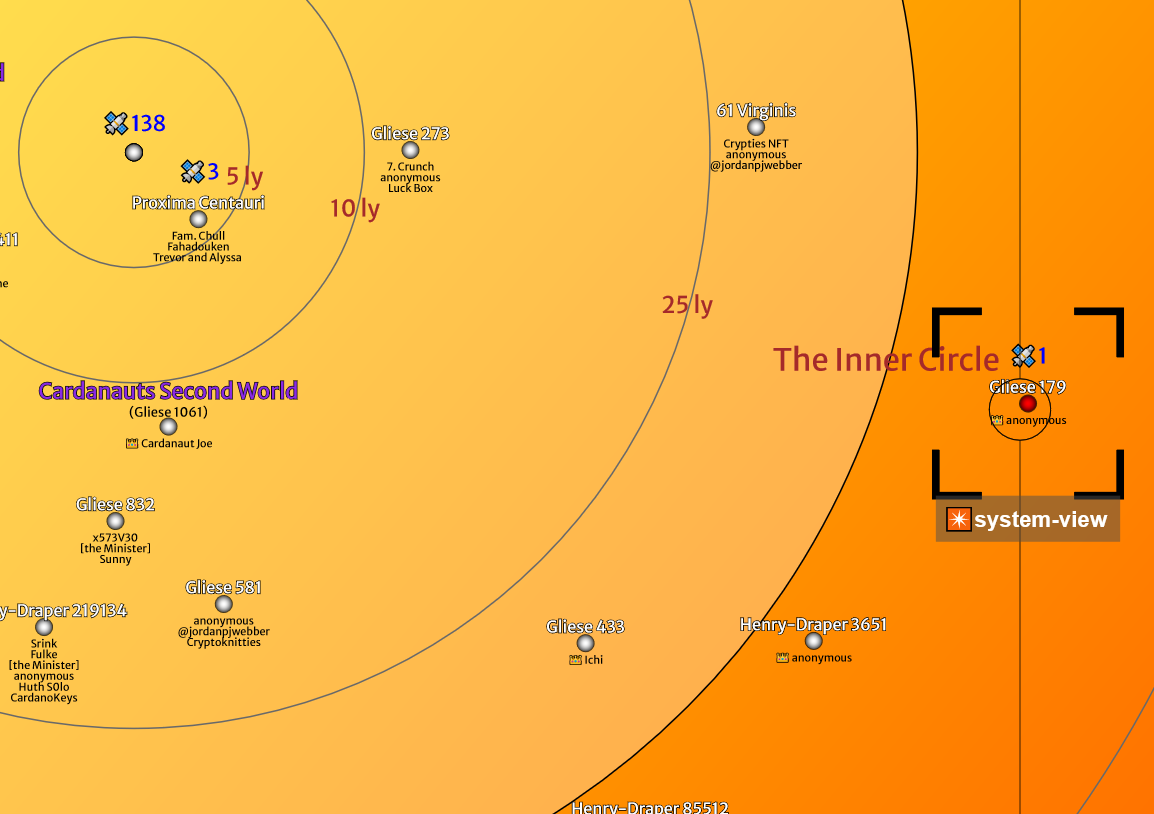 Players can now use their starbase NFTs to travel across the galaxy. Within hours of launch, a first player already reaches an Outer Worlds star system!
The Year 2147 - First time in the galactic history civilian space explorers left the Inner Circle and reach out to the Outer Worlds
"Journey to the Stars" Expansion
02-20-2022 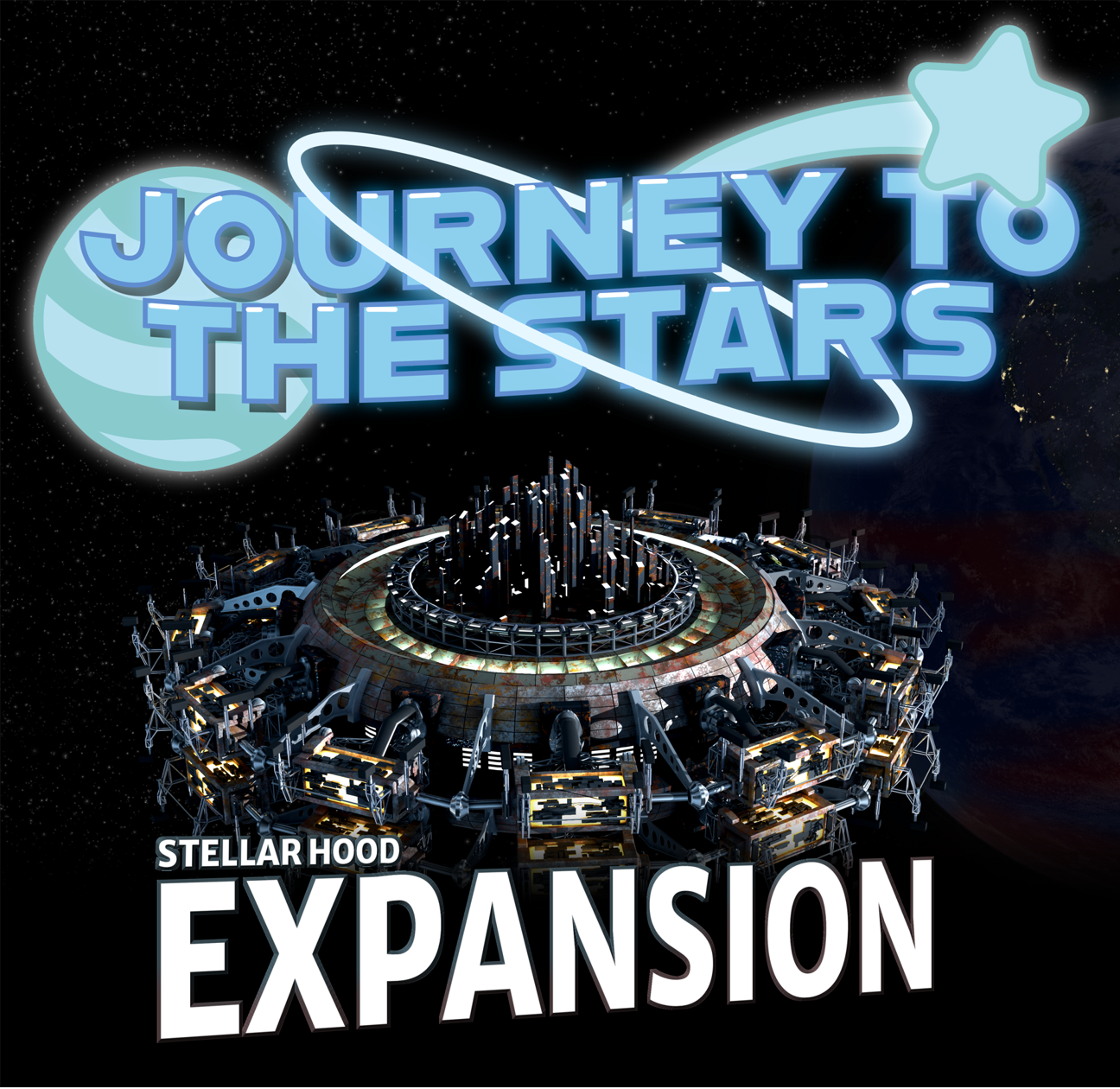 The first Stellar Hood expansion "Journey to the Stars" is introduced.

Found and expand your starbase, travel to other star systems, gather resources and solve a galaxywide enigma by using the all new Stellar Hood Utility-NFTs!
The Year 2147 - The "Solaris Space Association" sends out aegean space explorers to extrasolar stars and planets.
- The Hyperjump travel era begins -
The "Colony Lost" Event
09-21-2021 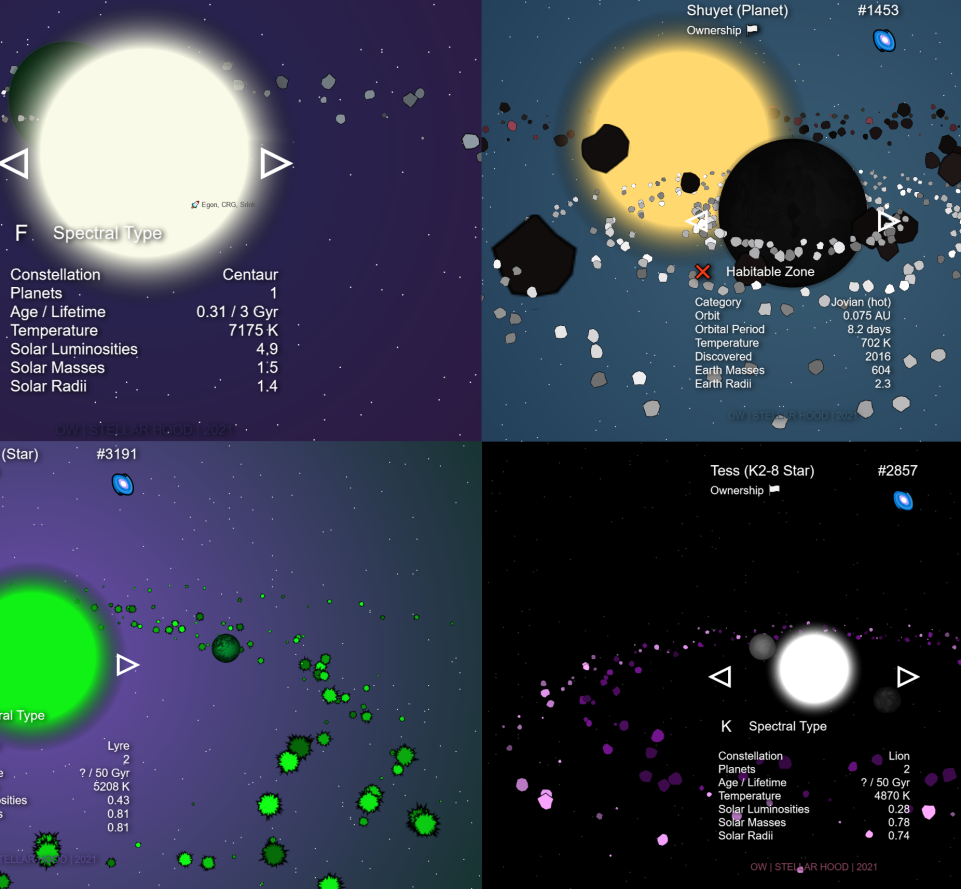 At the end of August Stellar Hood sold out. Later our space archivists found out that some space amoebae in the minting bot have caused 7 cards failed to mint! We have identified these ghosts and decided to make a special event out of it.

During this event 7 campaigns will take place, one for each card, with each different dates and rules

To create an incentive for participation these 7 cards will be customized in consultation with the respective campaign winners before minting!
The Year 2115 - Although the public goals of the "Solaris Space Association" were to claim news lands, confirm the habitability of extrasolar planets and find ressources when they sent the first educated generation of Aegeans into outer space, a hidden agenda recently became leaked: The establishment of 7 pioneer colonies in orbit around various stars and planets. 3-5 weeks later contact to all colonies broke off
Stellar Hood: Outer Worlds - Main Sale
07-07-2021 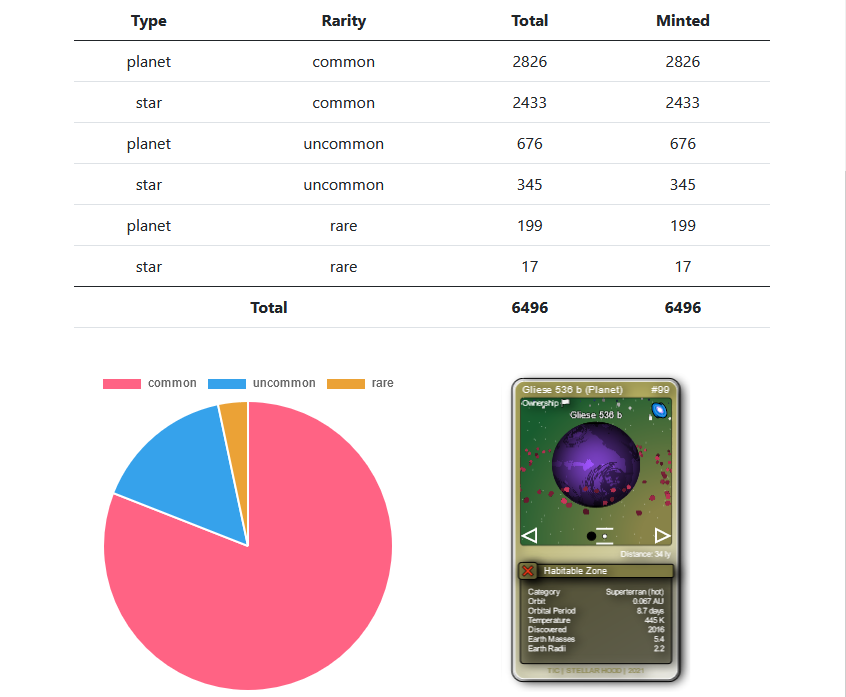 The "Stellar Hood: Outer Worlds" edition (cards #0100 - #6505) is distributed during a regular randomized drop.
The Year 2112 - Two yeas after the pilot ownership distribution the "Solaris Space Association" opens the sale of owner rights to over 6000 more extrasolar planets and stars
Stellar Hood: The Inner Circle - Presale
06-23-2021

The "Stellar Hood: The Inner Circle" edition (The nearest 99 celestial objects, cards #0001 - #0099) is distributed during a special presale silent auction.
The Year 2110 - The "Solaris Space Association" begins to sell owner rights to near extrasolar planets and stars